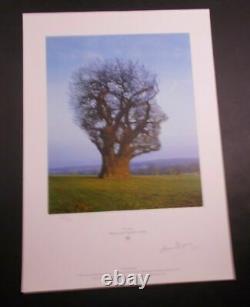 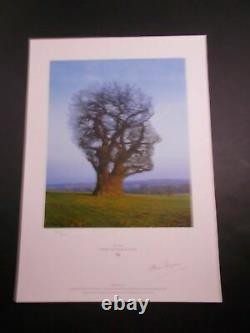 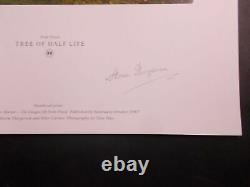 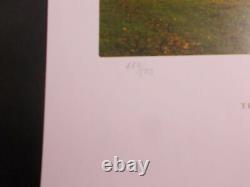 Picture ABOUT TREE OF HALF LIFE. Tree of Half Life is a limited edition silkscreen that was one of the very first selection of Pink Floyd images to be revisited and re-envisaged as an art print by Storm Thorgerson at the very beginning of this century.

The Tree of Half Life was a cover waiting wistfully for an album to go with it but one that has been adopted by the Pink Floyd catalogue nonetheless. Though originally intended for a band called Catherine Wheel, Tree of Half Life always seemed very Pink Floyd - it is certainly classic Storm.

It was submitted as an image for a Floyd 30th anniversary campaign that never got fully realized but it was so well liked by the band that it appeared as a t-shirt and as the frontispiece of the Mind Over Matter book of Floyd imagery. In Storm's words, Is the tree head a real physical thing? A fluke of nature, or a sculpture of some mad topiary artist?

Is it the spirit of the forest? Is the spirit taking the shape only briefly in order to communicate with us, to let us know there is intelligence there?

Will it revert back to normal tree shape just as quickly? Look again and it will not be there.

Was it in the mind all along? Are the branches like the neurons of the brain? The tree of knowledge, the tree of half life. The official story is that this tree profile head was achieved by helicopter topiary - a man hung from a helicopter and cut the shape much as he might a hedge. Anybody who says diffePhotographed on Hasselblad 500C with daylight transparency in a London Park in February with available light.

The tree is still there, but you might not see it like this unless in the right frame of mind. The soft quality of this print, on a lovely Somerset paper, chimes with the whimsical or even mystical nature of the imagery.

This item is in the category "Entertainment Memorabilia\Music Memorabilia\Rock & Pop\Artists P\Pink Floyd\Other Pink Floyd Memorabilia". The seller is "rael988" and is located in Feura Bush, New York. This item can be shipped to United States.