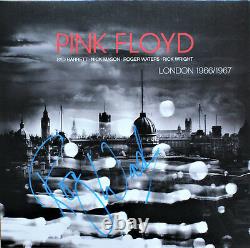 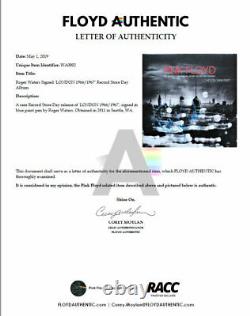 SIGNED BY ROGER IN SEATTLE ON 5/24 2012, THIS IS THE RECORD STORE DAY 2011 RELEASE LIMITED TO 1,500 COPIES AND IS OUT OF PRINT/CANCELLED. ROGER SAID HE HAS ONLY SIGNED A COUPLE OF THESE PERIOD SO YOU KNOW THAT MEANS IT IS RARE. Thank you so much for viewing my auctions. I have been getting autographs in person in the Pacific Northwest for over 2.5 decades. I also traveled frequently over the years to get autographs up and down the west coast and beyond. Couple this with the fact that more and more people simply don't sign or sign very little. This is why only a handful of people do this in each city and is why people who sell real autographs have seemingly high prices. I guarantee everything I sell to pass any reasonable TPA such as ACOA, PSA, JSA or Roger Epperson. For albums I use crush proof mailers and I used chip boards and backers and bubble envelopes etc.. Please keep this in mind. Condition and specific items details. I list a lot of stuff guys. It takes a lot of time. I can't always list every single detail so I ask that if you have a specific question about condition or potential minute flaws that you just ask. Getting autographs can be like a scrum and items can get little marks or dents along the way. Usually not, but it can happen. So while 99% of the items are perfect relative to the context, for example a used record is USED!! Some items may have minor flaws so if you are a stickler for details shoot me a message here and I will specifically check for you but it it's noteworthy I'd be forthcoming or just not list it. This also applies to where I got the items signed. I do not take "proof" photos.

Proof photos are one of the biggest scams in the hobby. 99% of the time they don't show your specific items being signed so they prove nothing other than said person was signing autographs at some point in time. These photos are used repeatedly as a license to forge. People alter these images by photo shopping items into pictures and you can go online and grab any "proof" photos and use them as your own. I don't wish to make the signer uncomfortable and stop signing, my goal is to get more autographs, not generic images of them signing.

"Proof" photos are big business in LA and NY for example where that photo being a license to forge is more valuable than the autograph itself. NY, LA and the UK are cesspools of the forging empire. The biggest myth in this hobby is that COA's prove authenticity. This doesn't even apply to top TPA's such as Becket or PSA.

I regularly see fake times with TPA certs as do I see them fail real items. Authentication isn't an exact science so like any human they often make mistakes. I do not offer TPA certs with my items. I got them signed myself so I know they are real and don't need to pay someone else for their opinion on the matter. If you want a top TPA cert you will need to acquire this on your own at your own cost.

Usually quick opinions can be had for a fraction of the cost too. I also do not offer a personal COA.

A personal COA is just paper, it has no meaningful power of authenticity on the open market so what is the point? I'm willing to give you something tangible but not a homemade meaningless COA. This item is in the category "Entertainment Memorabilia\Autographs-Original\Music\Rock & Pop\Records". The seller is "sodoautographs" and is located in this country: US. This item can be shipped worldwide.