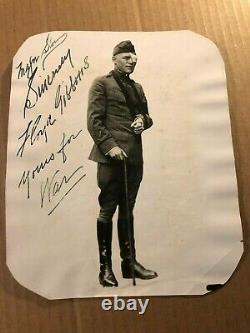 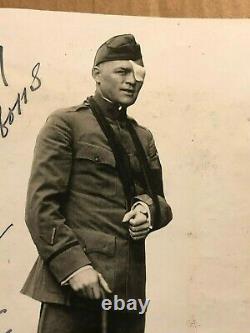 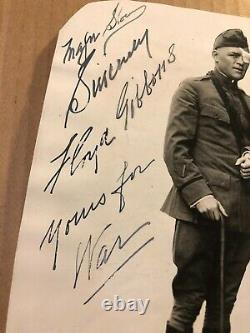 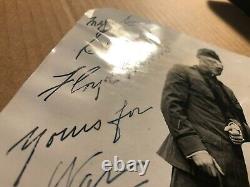 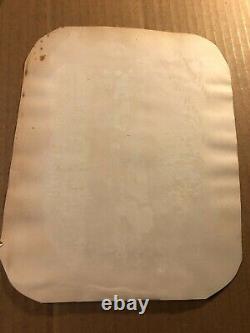 Lost his left eye as one of three wounds he received at the Battle of Belleau Wood during World War I. He was a journalist but was attempting to save a wounded U. Known for movie shorts Trapped Underground (1938), Dear Old Dad (1938) and The Human Bomb (1939).

Trimmed in the early 1920s to accommodate frame. Floyd Phillips Gibbons was the war correspondent for the Chicago Tribune during World War I. Floyd Gibbons lived a life of danger of which he often wrote and spoke. And with that final dispatch, war correspondent Floyd Gibbons armed with nothing but his pen and paper strolled into a melee of artillery and machine gun fire.

This dispatch would later help to shape the ethos of the United States Marine Corps and more than a century on, define the publics view of the Devil Dogs. A seasoned reporter for the Chicago Tribune, the charismatic Gibbons had reported on the Pancho Villa expedition in 1916 and the sinking of the RMS Laconia in 1917 before accepting his latest assignment as one of the only 36 American reporters officially accredited in World War I. As a noncombatant, Gibbons ignored the request that he stay back and joined a Marine attack on June 6, 1918, through the waist-high wheat toward the woods some several hundred yards away.

By early June more than 2,000 German soldiers with at least 30 machine guns had ensconced themselves in Belleau Wood, and another 100 Germans with at least six machine guns held Bouresches, writes historian David John Ulbrich. As the Marines advanced, the enemy fire was more than flesh and blood could stand, recalled Col. Catlin in his memoir With the Help of God and a Few Marines. Catlin was awarded the Medal of Honor in 1914 for action in Vera Cruz and led the Sixth Regiment at Belleau Wood. With no defense Gibbons was eventually cut down bullets striking his left arm, left shoulder blade, and left eye.

Made to lie in the field for three hours until the safety of darkness, Gibbons wondered if he was dead. With his left hand and arm numb and his left eyeball split in half and lying on his cheek, Gibbons used his right hand to pinch himself for reassurance. He was indeed still alive. The news censor, however, believing Gibbons to be dead concluded that it would be a crime to cut the last dispatch of Gibbonss life, so he decided to let it go through as written, writes the Washington Post. When he sent his final dispatch, Gibbons had expected the word Marines to be omitted because up until that point no correspondent was permitted to name which troops were on which fronts due to wartime censorship.

Because the censor let Gibbonss dispatch go through, all correspondents were given the same privilege, the Post continued. For three days, reports of Marines in action at Belleau Wood went uncensored, and the American public, hungry for news of the war, were regaled with stories of the Devil Dogs as they fought in close-quarters combat with fixed bayonets, and, worst of all, writes historian George B. Clark, machine guns at point-blank range.

For all intents and purposes, the old warriors of the U. Marine Corps were virtually wiped out, writes Clark. The USMC suffered 4,000 casualties and 1,000 killed a 55 percent attrition rate losing more men in this single campaign than in all its previous existence. Gibbonss dispatch gave full credit to the 9,500-strong 4th Marine Brigade, altogether ignoring the U.

Armys 2nd Division of the American Expeditionary Forces who fought alongside the Marines. Even before the conclusion of the battle on June 26th, thanks to Gibbons getting past the censor, the legend of the Marines at Belleau Wood emerged. Remembered for their gritty, victorious stand some 102 years ago, Belleau Wood stands immortal in Marine Corps lore. The Headline Hunter / Narrator.

This item is in the category "Entertainment Memorabilia\Autographs-Original\Movies\Photographs". The seller is "pengang" and is located in Marietta, Georgia. This item can be shipped worldwide.